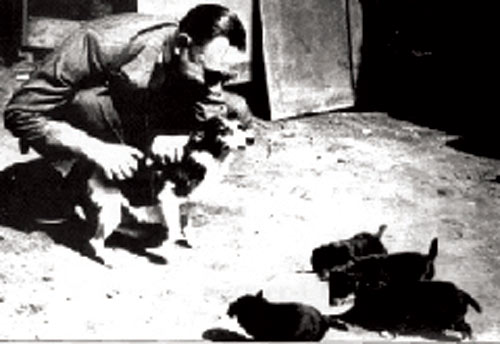 German Hunting Terrier is a breed of dogs that is relatively young. It originated in the twenties of the 20th century in Germany. Walter Zangenberg got four puppies named "Werewolf", "Rauhgraf", "Morla", "Migra", who were the first four puppies that creating of a new breed of dogs started with. The reason for creating a new breed was that the fox terriers who had been previously used for hunting, due to the popularity, reached a phase of hyper-production, and a growing number of puppies began to occur with low hunting instincts.

The puppies Walter Zangenberg also got, came from fox terrier litter, however but all four were darker in color. Parallel to their work on a new breed also ran the work on the German hunting schnauzer breed. Work on that breed was led by Herbet Lackner, however, when he heard about the Terriers, he decided to join the creation of that breed.
German Hunting Terrier club was officially registered in 1926. in Munich. At first, many wandered, with poor results. Then it was decided to introduce the cultivation of Old English-haired terriers. From England was purchased a bitch "FORM BALTIA", who gave birth to forge "MOVE BALTIA". These two bitches were important for stabilizing the breed. It also imported a certain number of Welsh terriers who also got introduced into cultivation. From the Welsh terriers, a dog named "Farber vom Schiitzenrain" distinguished, and next to him, "Helfer Baltia". 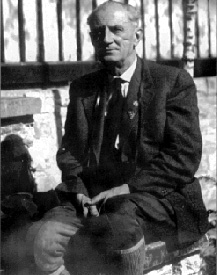 At the start it was not known to what to pursue, whether it be versatile and useful dogs. Or that the selection is done in the direction of getting a breed that would be good for caving and wild boar hunting. The decision to work on versatile and useful dog prevailed. In the first breeder book of the German hunting terriers, which was released in 1932, only 32 dogs were recorded. The work on consolidating a stable hunting characteristics, by strict check on the examinations at work followed.
By uncompromising exclusion of dogs that did not meet those criteria continued in the following years. In the breeder book for 1941. year over 3 000 dogs got registered.
In period after the World War II there has been stagnation, but continued working. The club officially started working again in 1947. And quickly, with expanding the German Hunting Terrier breed around the world, the parent clubs began to establish in other countries.